Placing a famous park on the 34th floor of a building. 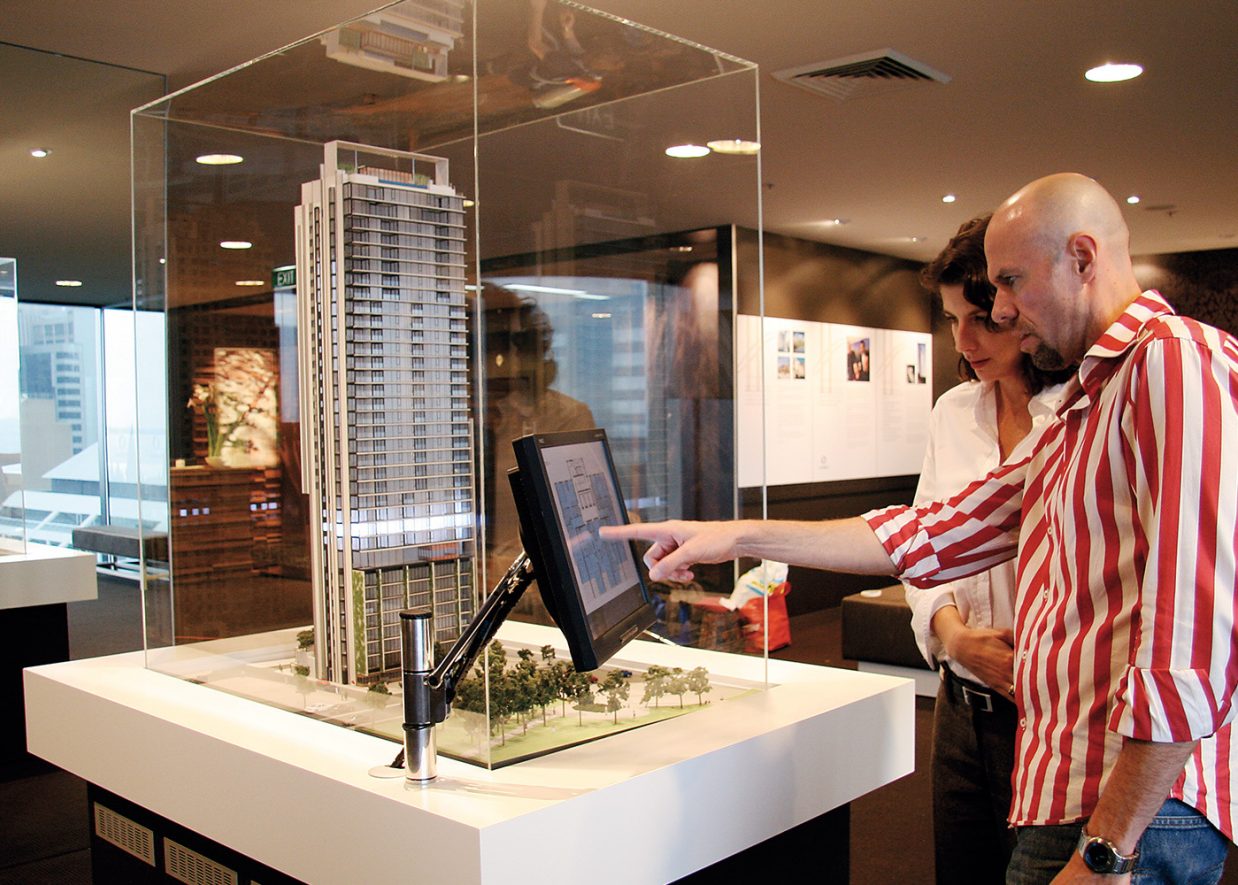 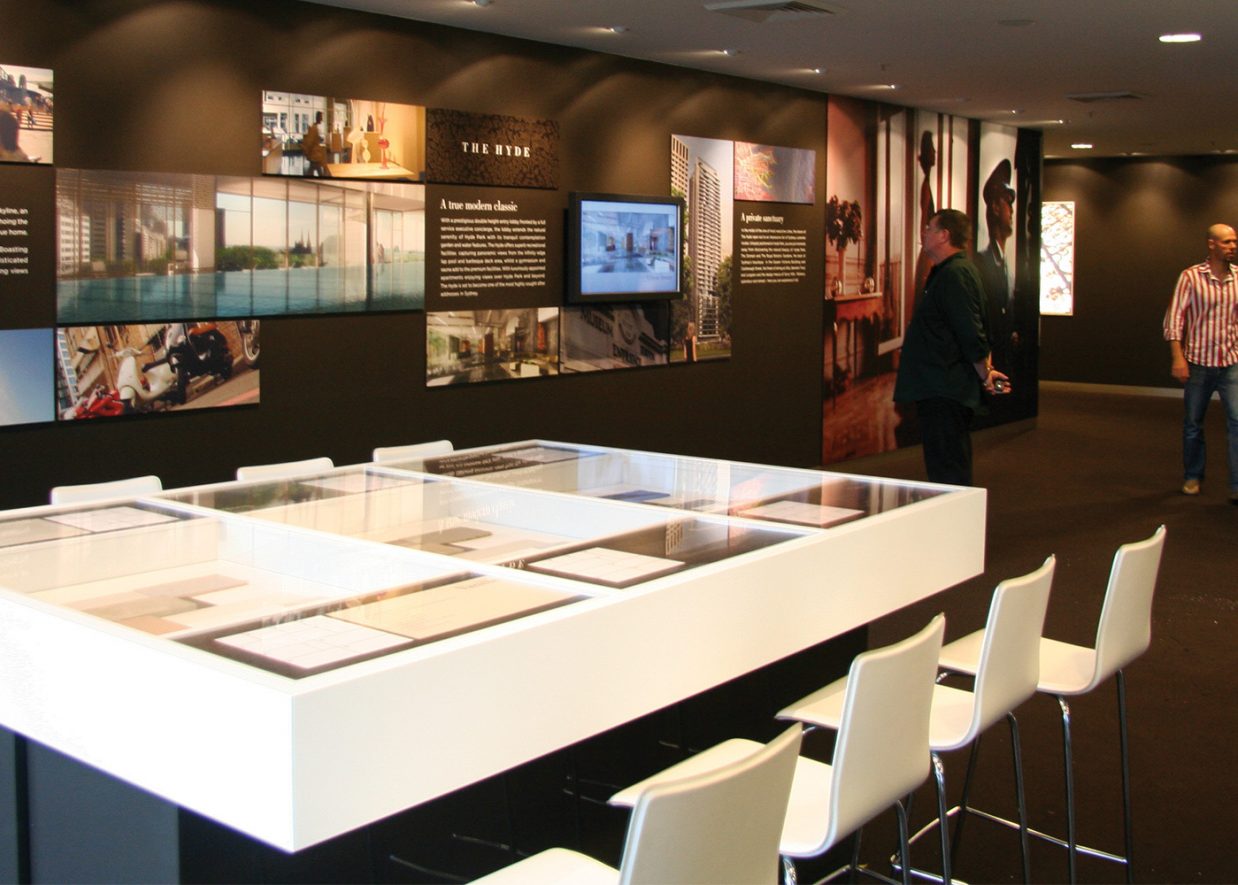 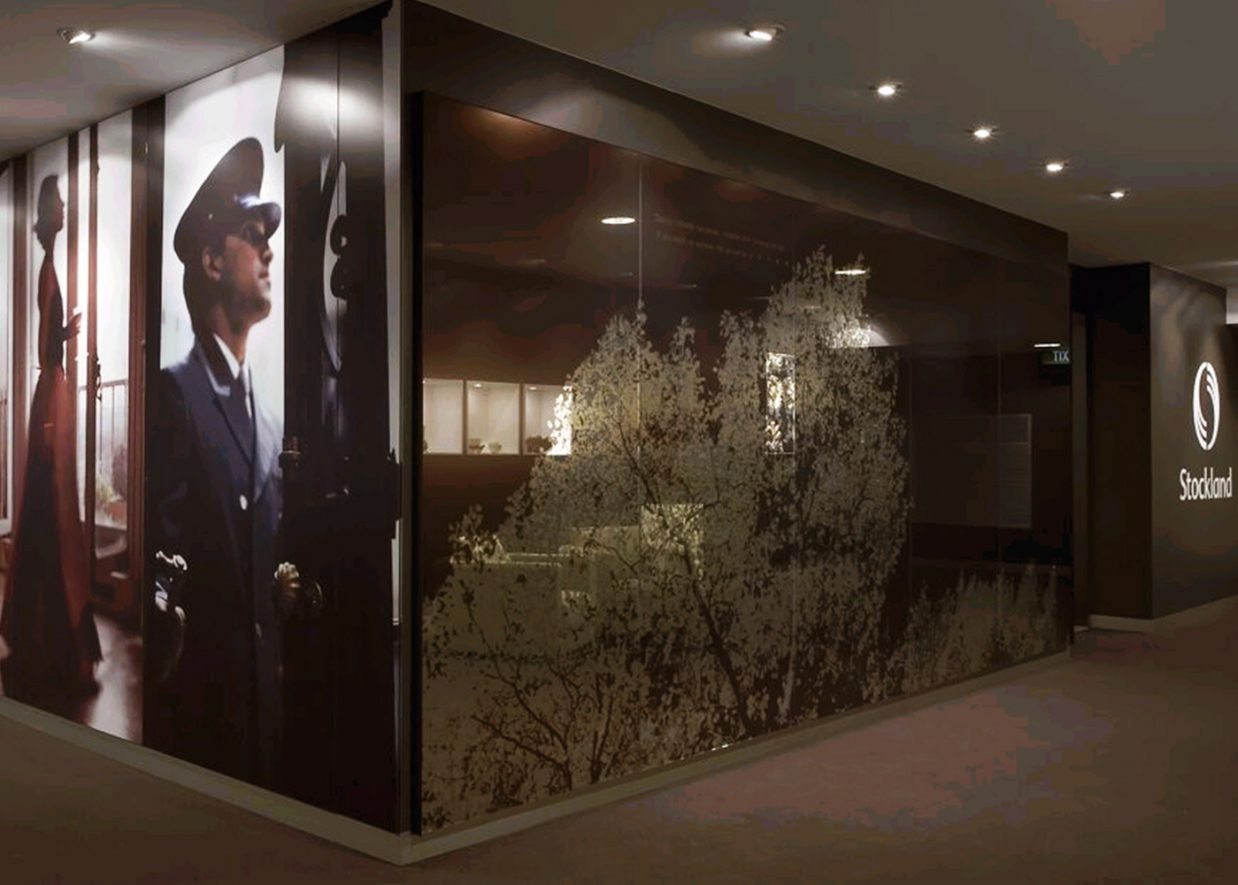 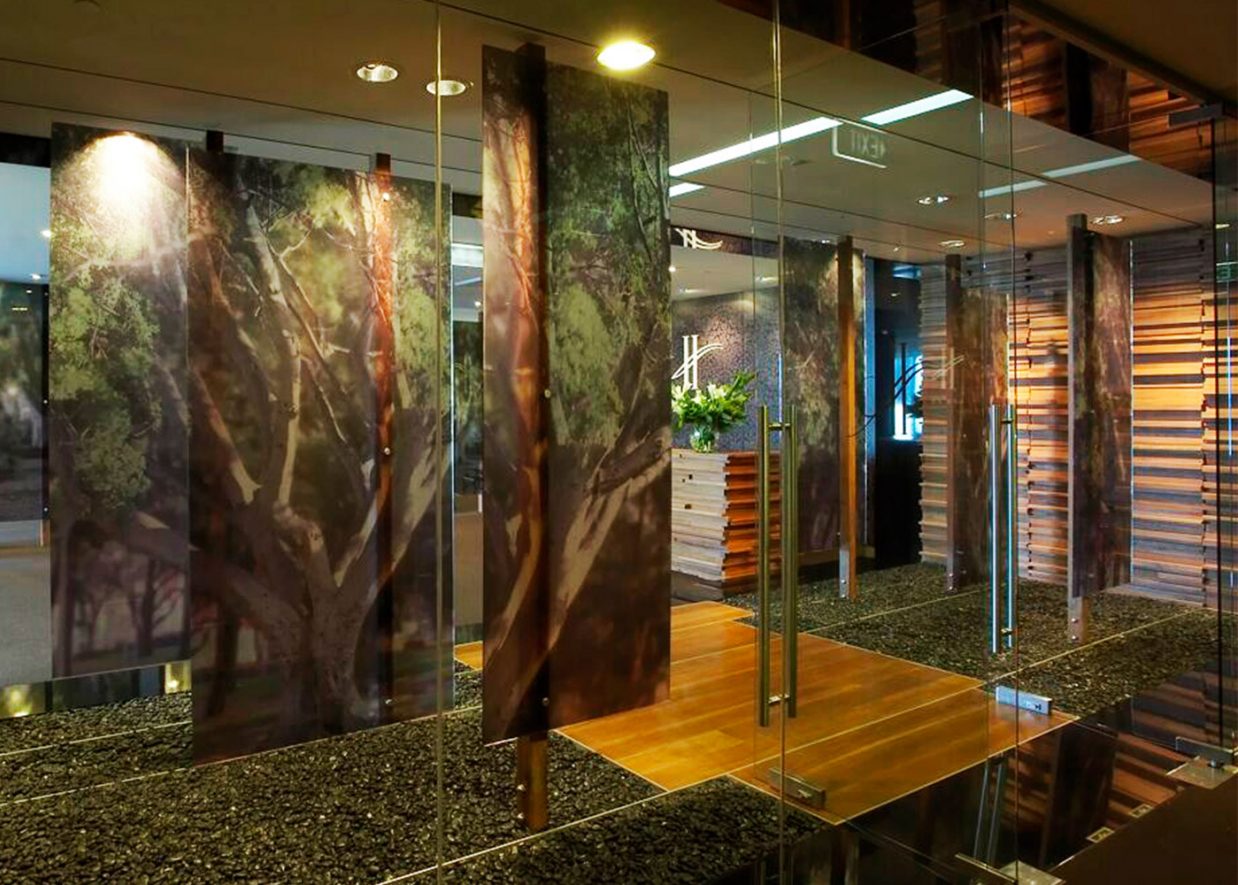 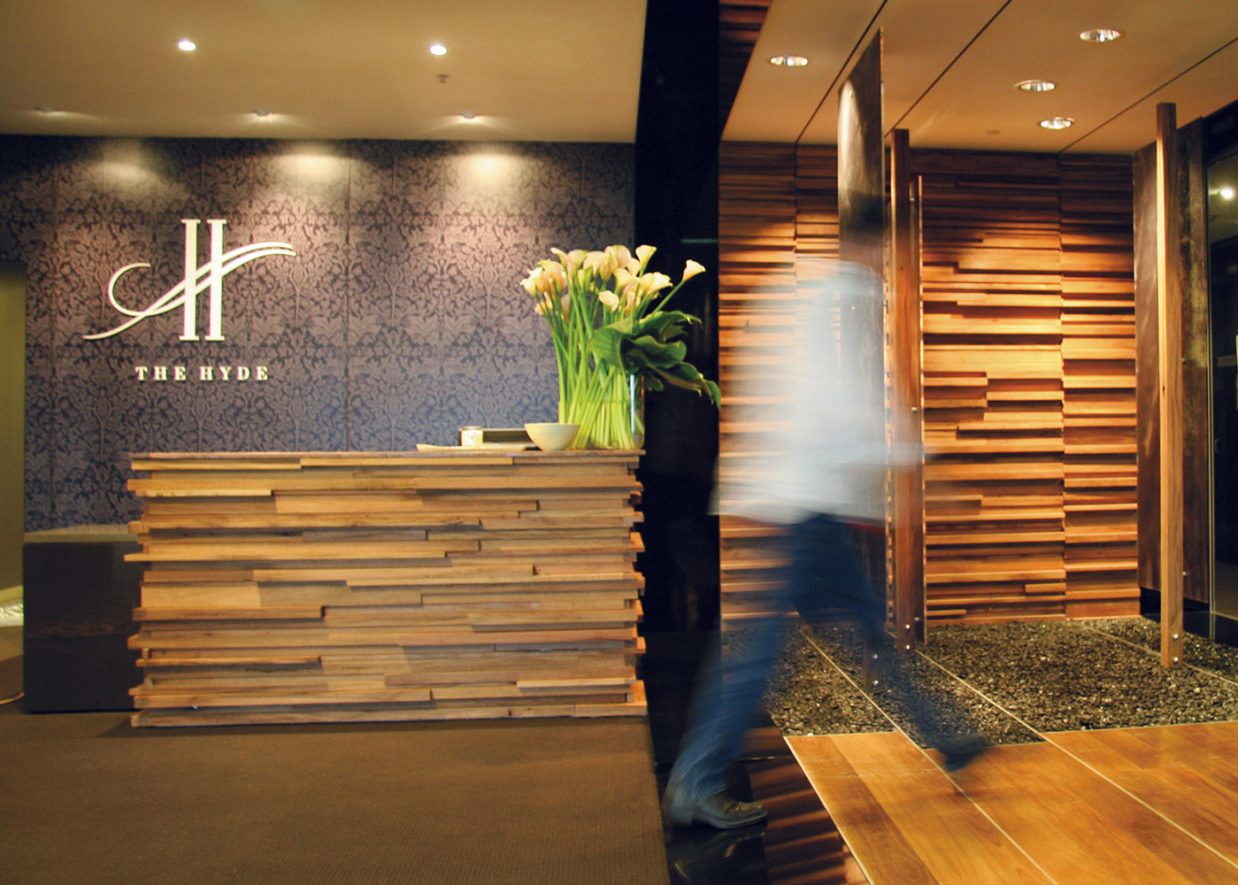 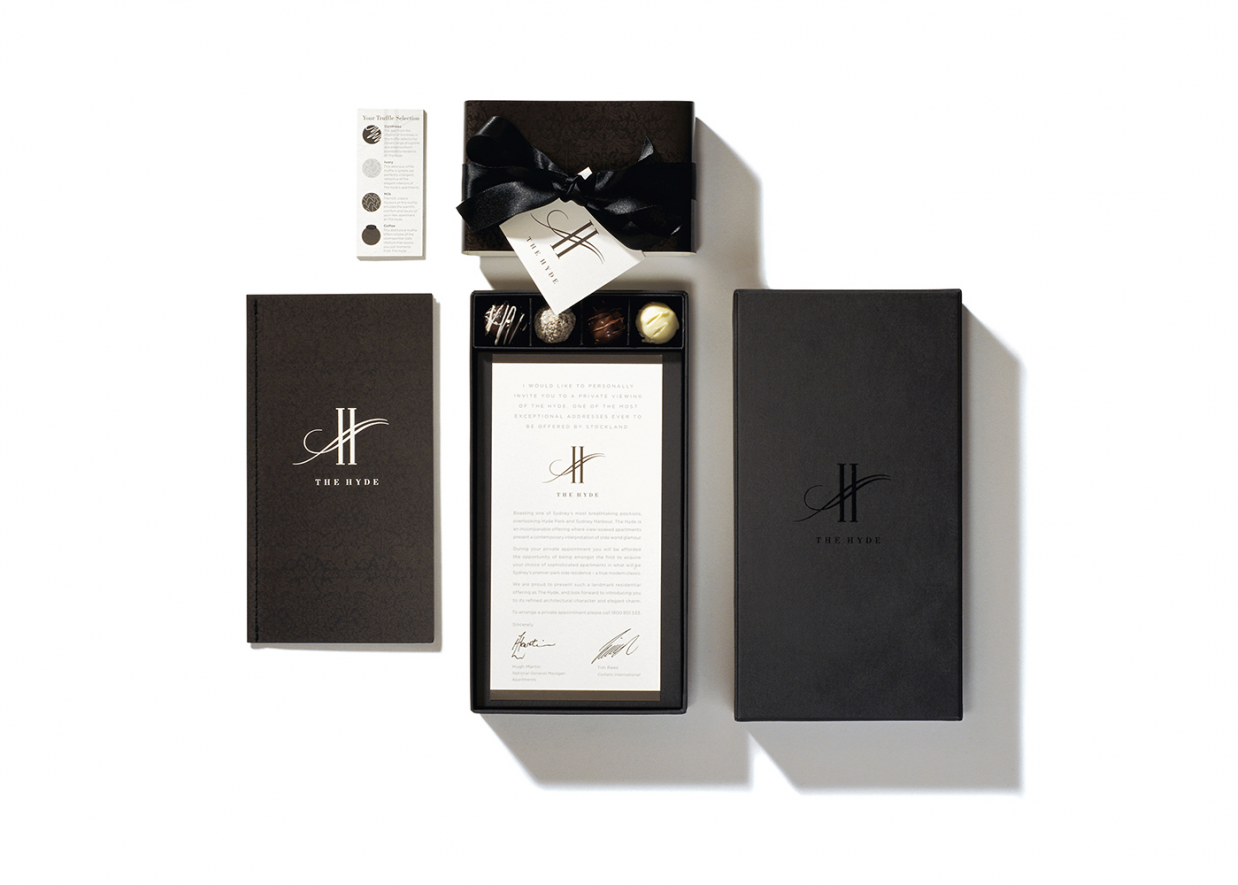 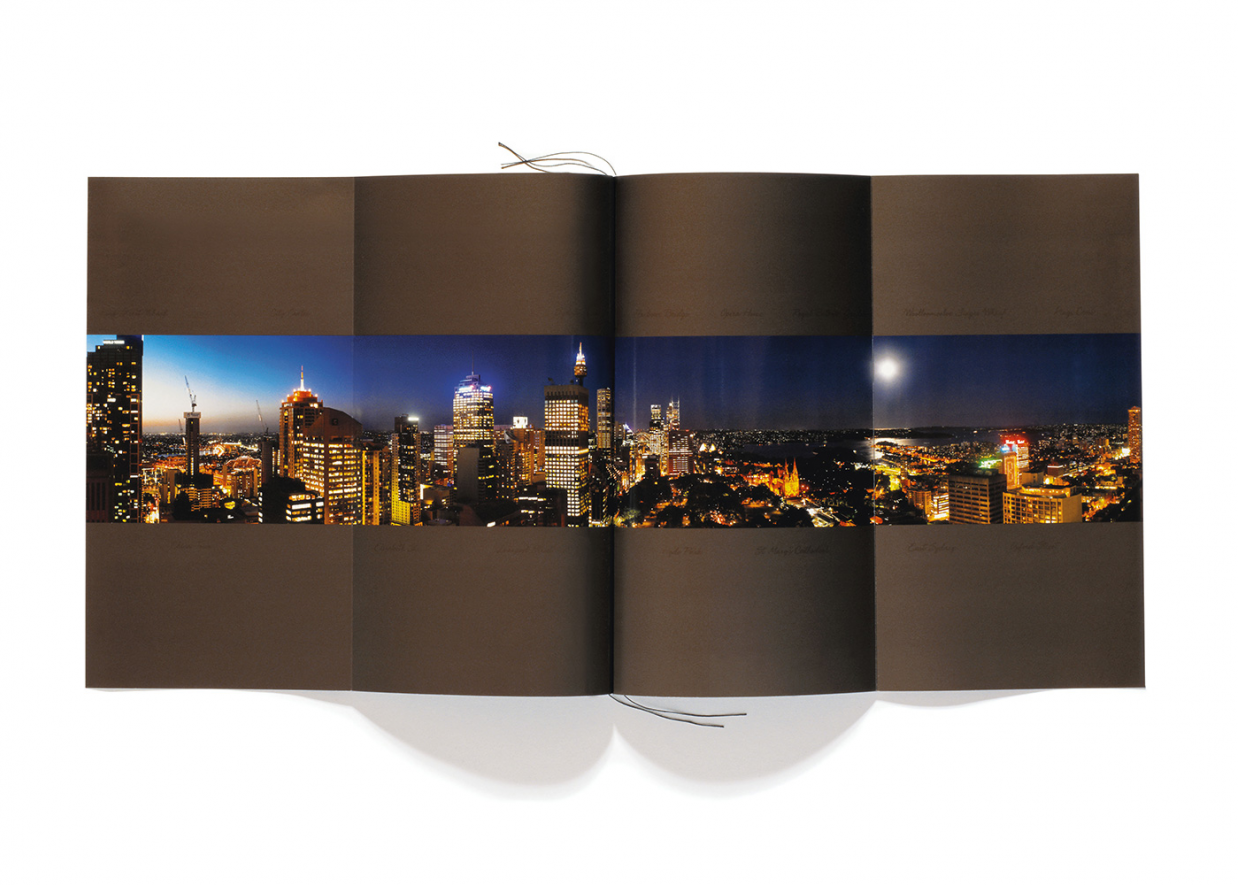 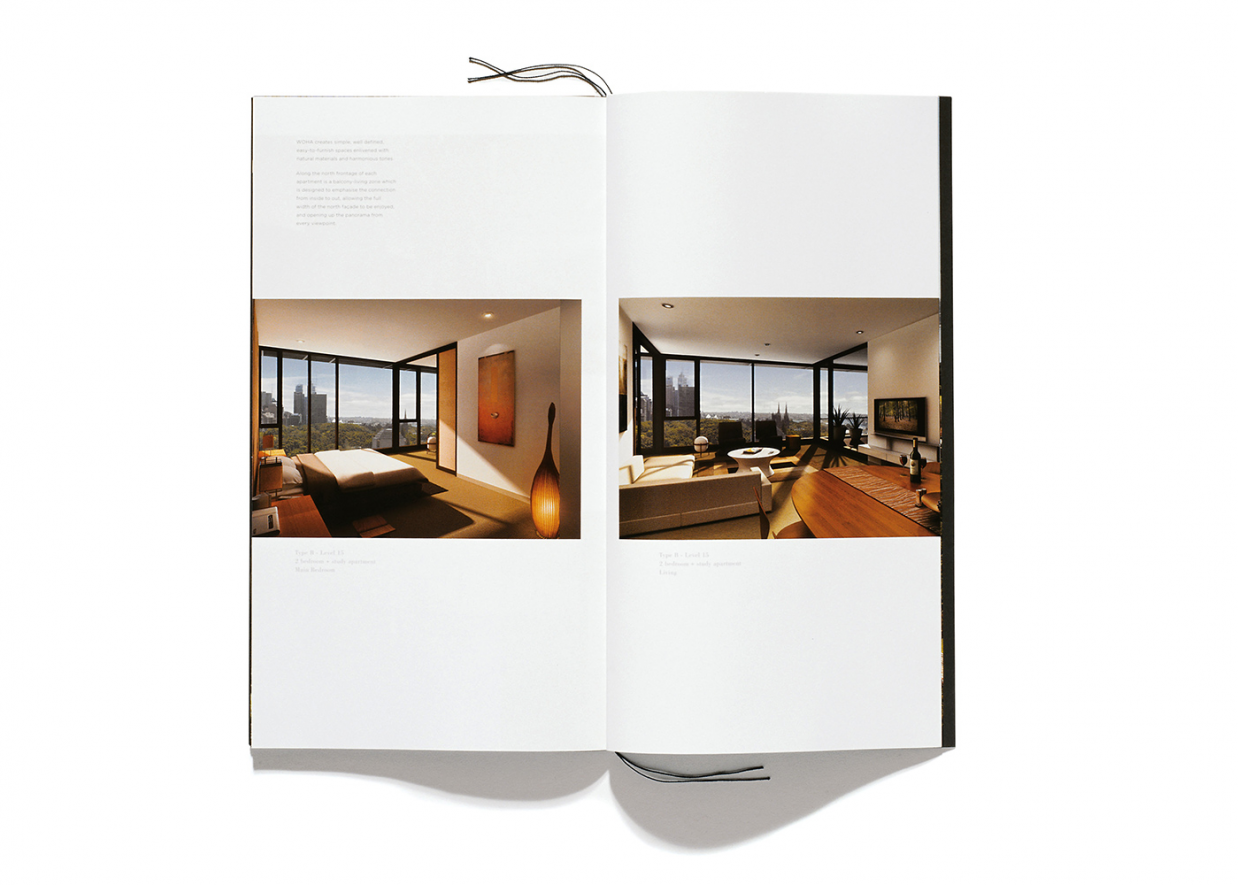 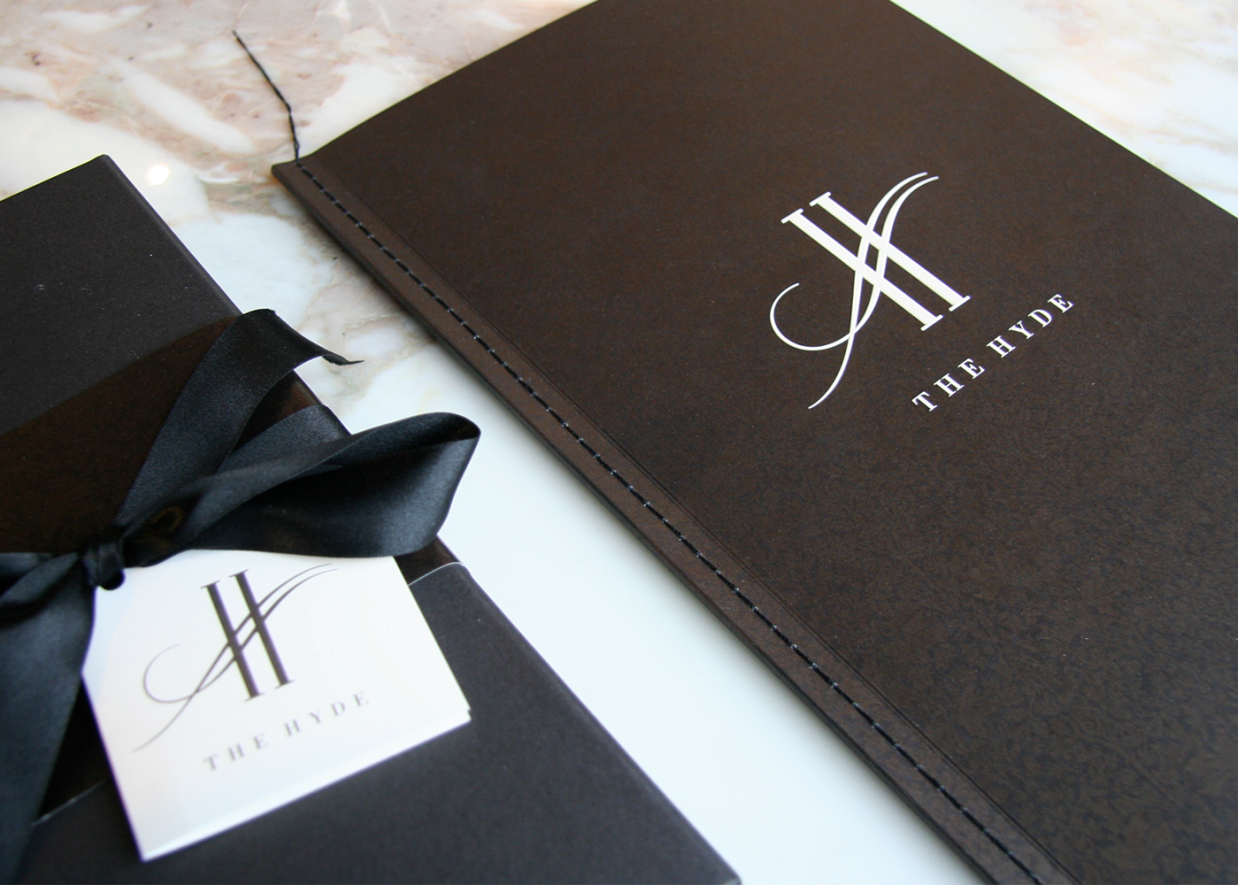 Rather than demolish the building, Martins convinced the client to retain it for as long as possible and to create a unique sales and display centre on the top floor that would capture the sense of place and grandeur to come.

The display centre itself captured the essence of entering Hyde Park the moment you stepped out of the elevator doors when you were greeted by a now iconic image of a woman strolling through the leafy park, etched onto a floor-to-ceiling glass wall.

Having already developed a close relationship with Singapore-based architects WOHA while working on projects in Asia, they work together to create something magical.

At the time, apartment identity was minimalist, ultra-modern and cold, so Martins were determined to shake the market up and created an identity of modern-day romance underpinned by an elegant, European-inspired pattern that promised a lush, richness.

After being enticed by a hand-delivered invitation replete with an array of chocolate truffles, with each flavour giving you a taste of the life at The Hyde, the launch event was an incredible success. In fact, demand was so high, the apartments prices were increased five times on the day of the launch. 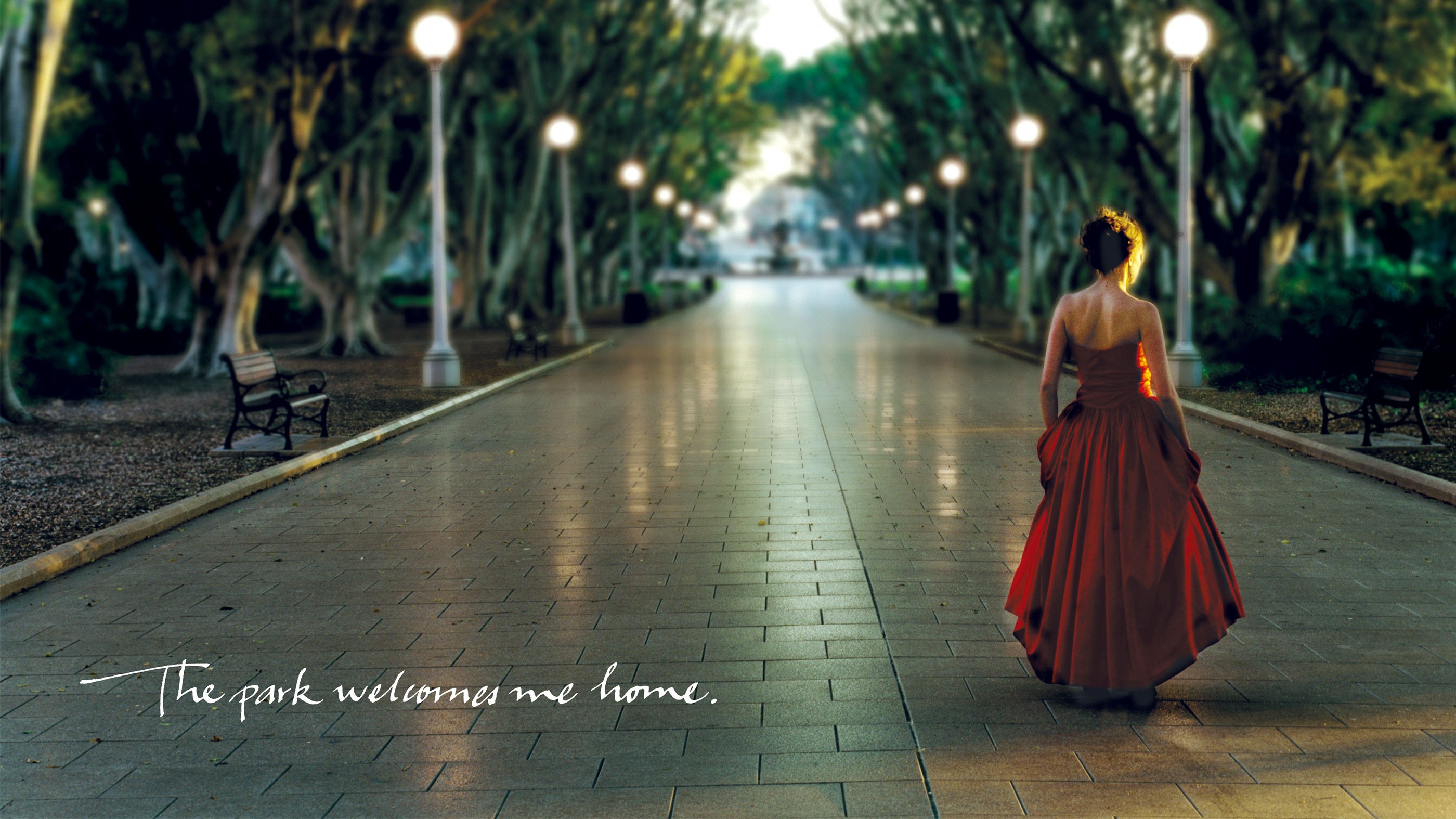 Placing a famous park on the 34th floor of a building.

Stockland is one of the largest and most successful property groups in Australia and had decided to relocate their head offices on Liverpool Street in Sydney, a few blocks away in Castlereagh Street. Their intention was to raze their building and build a contemporary, premium residential tower in its place. The team at Martins convinced them not to.

A towering success in the heart of Melbourne’s Docklands.